Electric scooter rental in Paris?  Did we really do this?

Looking back on it, I still can’t believe we did but it was so much fun and we’re so glad we got up our nerve and tried renting e-scooters.  We liked it a lot and we lived to tell you all about it 🙂 Read on and learn all you need to know to ride an electric scooter in Paris!

If you’re interested in other unusual things to do in Paris, check out Naddya’s great post with lots of ideas!

Disclosure:  Some of the links below are affiliate links, meaning, at no additional cost to you, I will earn a commission if you click through and make a purchase.  As an Amazon Associate I earn from qualifying purchases.  Thank you for support – it means a lot!

We had only been in Paris a few hours when we realized that there were little electric ride-on scooters ALL OVER Paris.  They were lined up on sidewalks, grouped in twos and threes on corners, whizzing past us on the streets and virtually everywhere people gathered.

We saw local men and women in business attire on e-scooters, clearly on their way to a meeting or a meal.  There were also lots of tourists using them.   Strangely, we didn’t see e-scooters being used by children.  Clearly, electric scooters were an easy and inexpensive way to get around Paris.

Of course, we had heard of these e-scooters before but we don’t have them at home in Vancouver and we had never had the opportunity to try them before or see them in action.

It only took a day before decided we had to try them for ourselves.  After all we reasoned, we’re motorcycle riders so riding a little electric scooter couldn’t be all that hard.  We actually found it pretty easy to get the hang of!  Even if you’re only in Paris for one day, it would be easy to get around using one of these e-scooters. 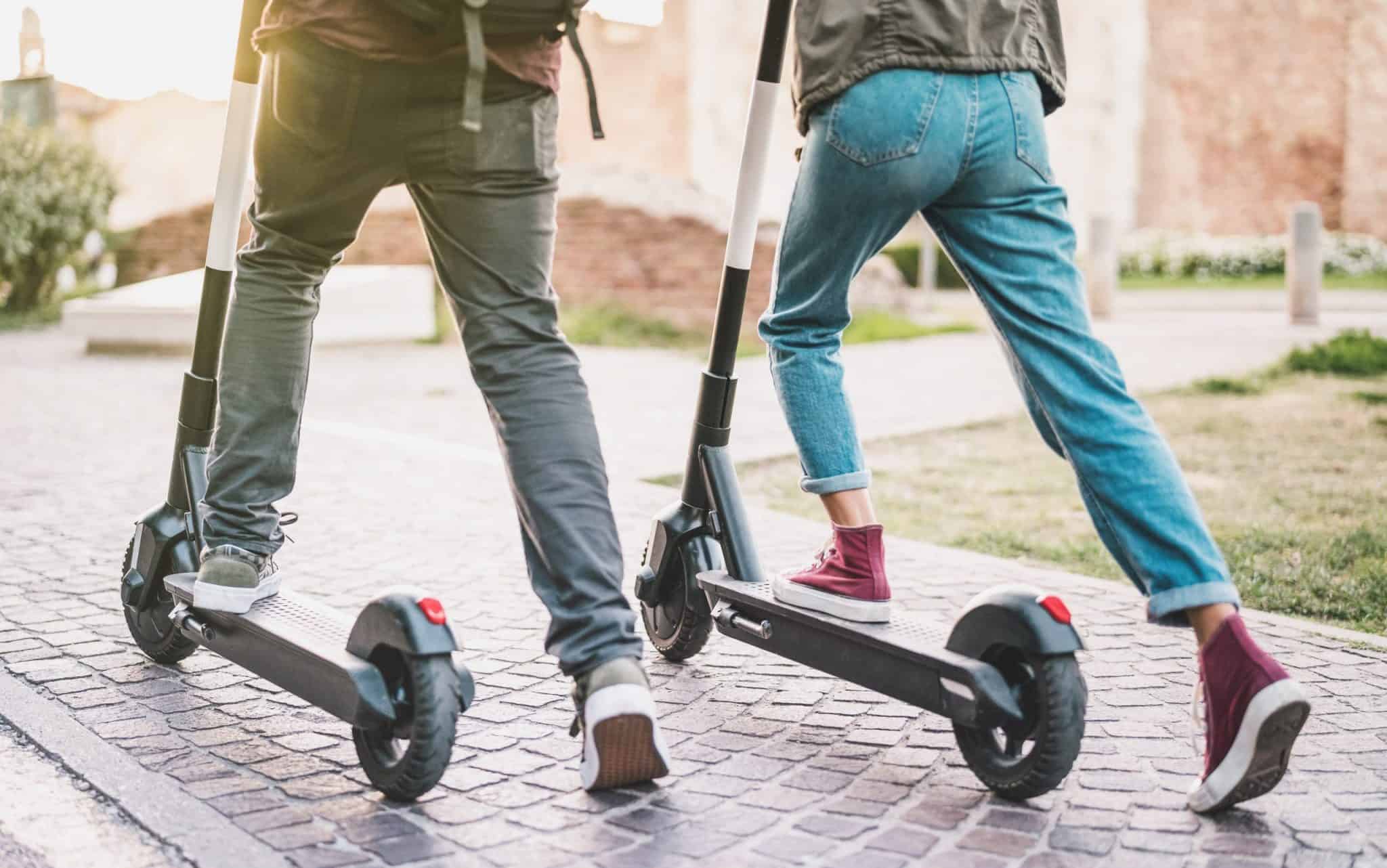 Electric Scooter Paris – How To Start

No matter which electric scooter rental in Paris you choose to use, the process to get started is the same.

E-Scooter Paris – How it Works

No matter what scooter you decide to ride, the process is the same: 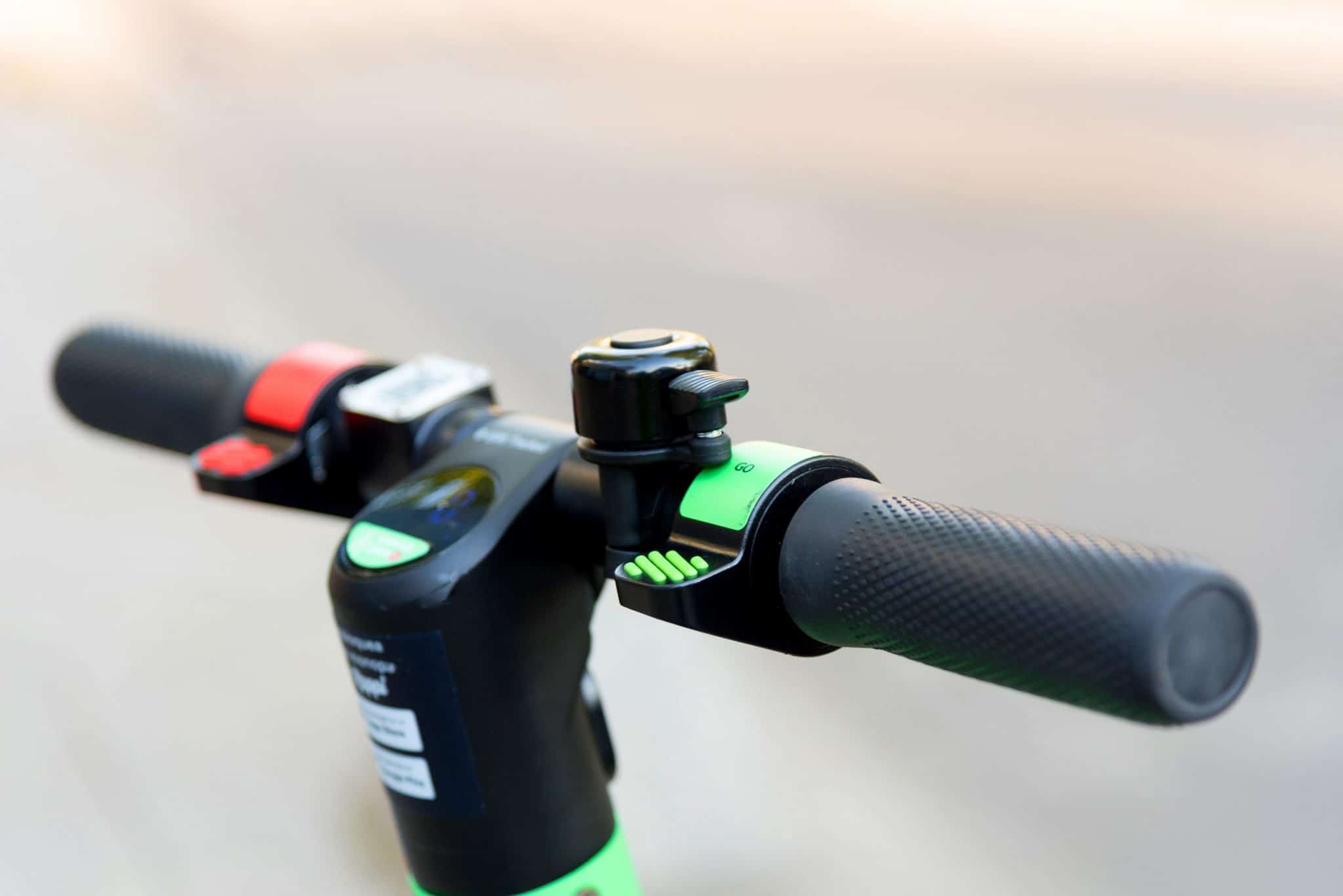 E-Scooter Rental Paris – Where to Go

You can go almost anywhere in Paris on an electric scooter!

We rode rented electric scooters in Paris all over the place.  When we had to meet our private Paris tour guide in Montmartre, we rode electric scooters from our hotel in the the 1st arr. to Montmartre.  Despite that we had to go some distance uphill, the e-scooters did very well (and we’re not small people!)

We rode our Lime scooters in Paris when we needed to get somewhere a little quicker than just walking.  The Bolt scooters, Lime Scooters and Bird Scooters were available on almost every corner.  If we weren’t able to see an available scooter, we just flashed up the App and found scooters just around the corner.

We also rode small scooters in Paris just for fun!  It was quite warm when we were in Paris and we found riding an e-scooter in Paris was very refreshing and cooling.  As a bonus, we saw more of Paris as we scooted along :-).  My favourite ride was along the Seine river bank. 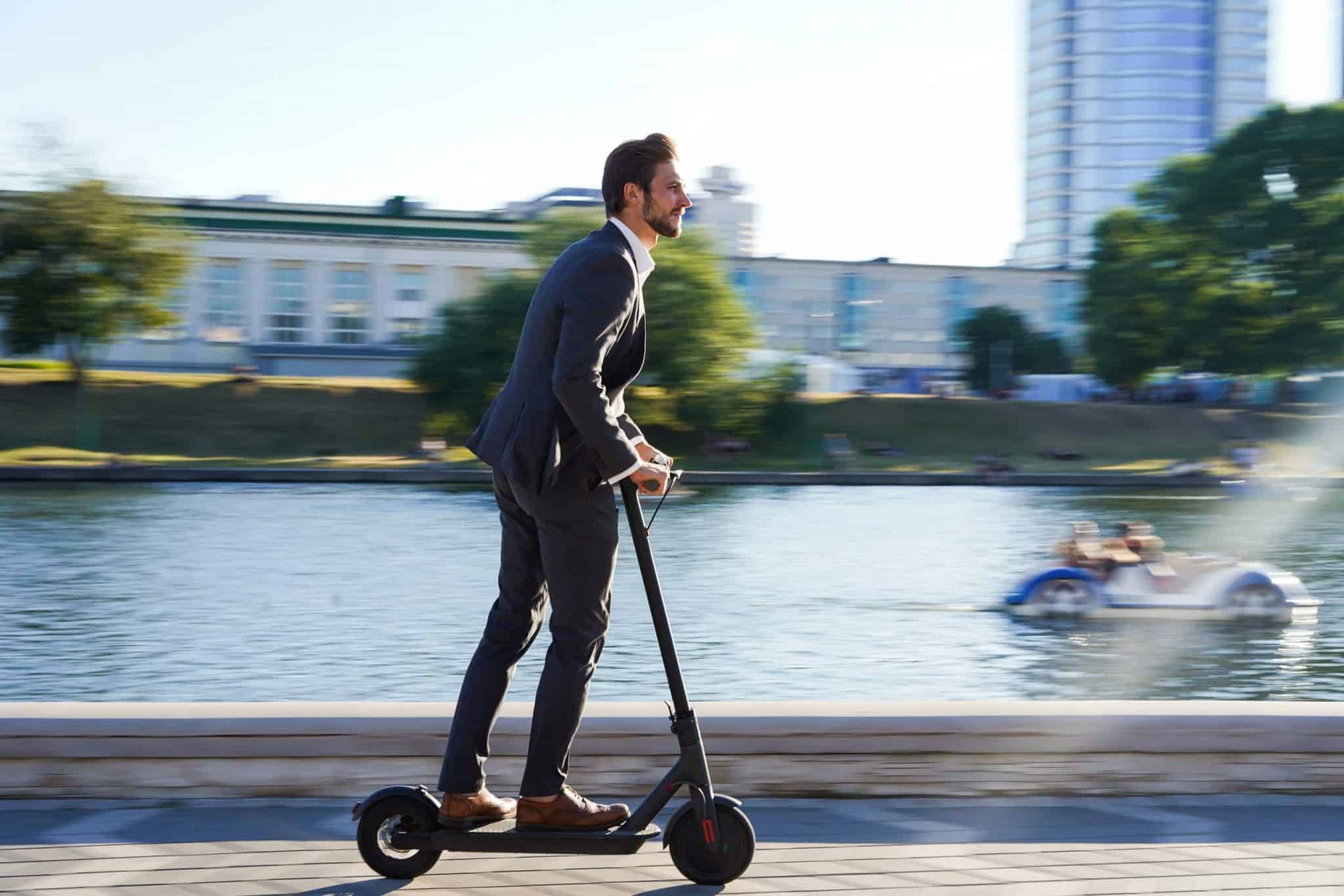 Riding an e-scooter in Paris isn’t difficult!  Here are a few tips for riding small scooters safely and without incident:

All the e-scooter firms in Paris charge a fixed rate to  unlock a scooter and then per minute as you ride.  Rates and promotions vary by city, time of day and day of the week.  You can only really determine the cost of a ride by tapping on a scooter on a map.

Our Lime Scooter Paris and Bird Scooter Paris rides typically cost us around $7.50 (CDN).  For one of our longer rides, I paid $18.73 CDN.

The price of renting an e-scooter in Paris isn’t super-cheap, but I wouldn’t categorize it as expensive either.  It is similar to what you might pay for a subway ride, but much more fun :-).

There are some really fun tours you can take in Paris while riding an electric scooter.  These tours allow you to take in more of the sights of Paris than you would be able to see if you were just walking.  Win win!  You get to have the fun of riding a scooter but also see more of this beautiful city!

If you’re a bit hesitant about riding an electric scooter in Paris, these tours can help.  The tour guides help and provide some basic instructions for riding a scooter.  As a bonus, you can keep riding after the tour is over and keep on having fun :-).

This tour is an excellent choice.  It’s two hours and capped at 10 people, which I really like.

This e-scooter tour combines the best of both a walking tour and a tour by car.   This historical tour of Paris will take you through some of the most interesting historical sites with a knowledgeable guide.  This kind of tour would make a great gift from Paris!

When electric scooter rental first came to Paris in 2018 there was a great deal of controversy about whether the scooter “craze” would ruin Paris.  City officials in other cities labelled e-scooters a menace and a regular headache.  There were stories of abandoned electric scooters piling up and plaguing city streets.

But, it appears that the expected controversy didn’t cause much of a stir in Paris.

Parisians are so accustomed to riding motor scooters that riding electric scooters wasn’t such a big deal.  As stated in The Guardian, Parisians are pretty quick to deny any opinion that e-scooters are uncool.   Despite that, some Parisians have expressed irritation at the scooter clutter on pavements.

While electric scooter companies operating in the United States hire independent scooter chargers who pick up and charge their e-scooters each night, the e-scooter firms in Paris retrieve their own scooters every night to charge and repair them if needed, protecting their investment from vandalism.  The scooters are deployed to popular spots in the morning, fully charged and ready to use.

Video – How to Ride an Electric Scooter in Paris

Have you tried riding an electric scooter in Paris or elsewhere?  Did you love it too? 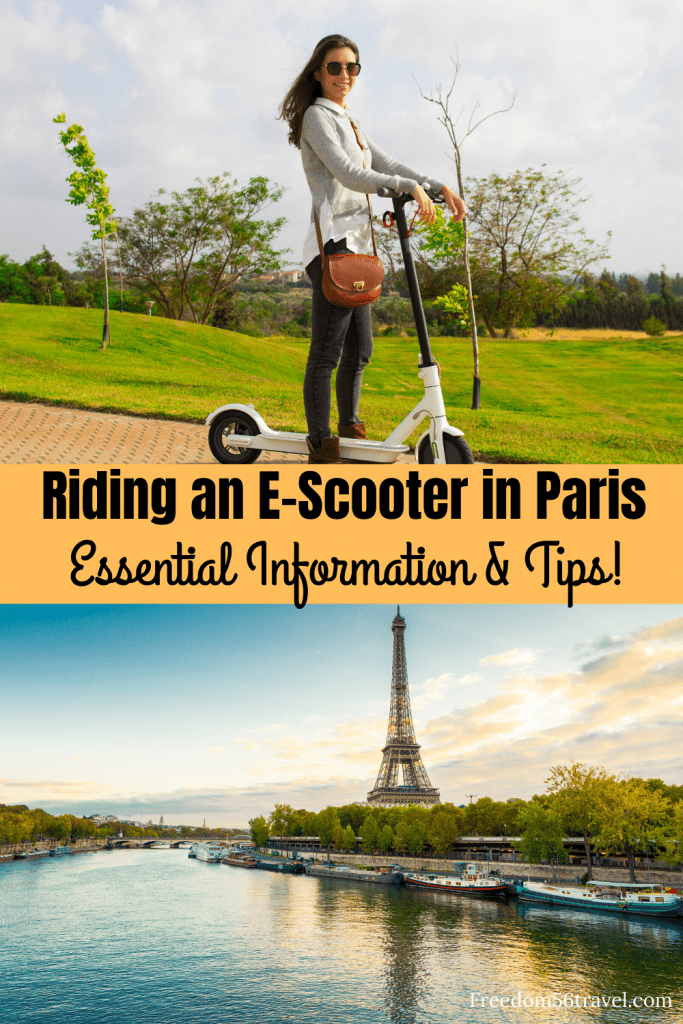 40 thoughts on “Electric Scooter Rental in Paris – As Fun as it Sounds?”